1 day cruise to the islands of the Argo-Saronic gulf

‹ BACK TO SCHEDULE
Daily departures from Apr-Oct. Please ask for the off-season schedule. Book directly at our reception or send us an email to reserve your place.

Get away from the heat of Athens and enjoy a preview of some of Greece's beautiful islands. Everything is included, except sunscreen :)

The most beloved one day cruise to 3 islands Aegina- Poros- Hydra!
Elegant air-conditioned Cruise Boats, delicious food, live entertainment and music, dancing, and happy faces from all over the world on a wonderful voyage to the Greek islands.
Bring your camera…we’ll bring the good mood! :)

AEGINA
According to mythology Zeus, who was the father of Gods, fell in love with one of God Asopo's daughters, who was very beautiful and her name was Aegina. He kidnapped her and took her to the island of Oinoi. There, they had a son called Aiakos and the island was named after her. Zeus made Aiakos a king and he turned the ants of the island into people so he could have citizens. For that reason, the inhabitants of Aegina were called Mirmidones, the fearless army that were led by Achiles to fight in the Trojan War. Today Aegina is a very popular destination for Athenians seeking a short, relaxing and enjoyable break from the city’s noise. And if you like pistachios, the locally produced ones are second to none.

POROS
Poros is the island of peace, romance and jauntiness. It is overgrown with pine trees which reach the rugged shores or the sandy beaches. The residents of Poros are spontaneous, kind and hospitable. In the north part of the island there are the ruins of Poseidon's Temple, which was built in 520BC. The main temple was built in Doric style, though some of its columns were Ionian. It was here where Dimosthenis the rhetor, being hunted by Philip of Makedonia, ended his life by drinking hemlock.

HYDRA
Hydra is perhaps the most beautiful port village in all of Greece. A tiny harbor ringed with cafes, restaurants and gold shops is surrounded by a village of stone houses and villas that rise up the hills like an ampitheatre. But one of the best things about Hydra is that there are no cars. Everything is moved by donkey, including groceries, building supplies, people and their luggage. Hydra is the former home of Leonard Cohen and stomping grounds of Mick Jagger, Keith Richards, Pink Floyd and many other famous and not so famous people. The island has basically looked the way it looks now for the last two hundred years and
certainly as it did when Henry Miller visited it on the eve of WWII. Developers have attempted to buy chunks of the island and create resorts, but have been stopped. 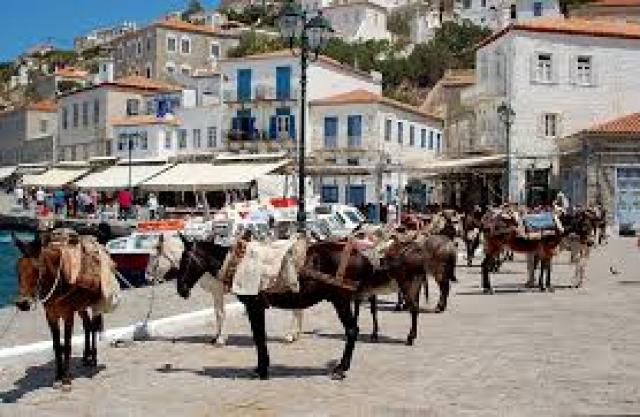 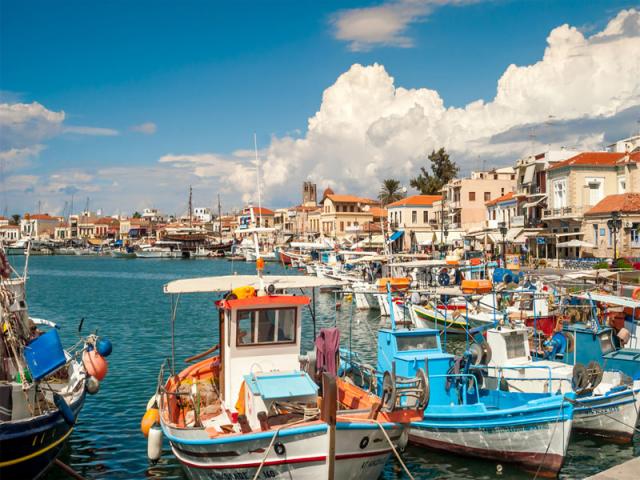 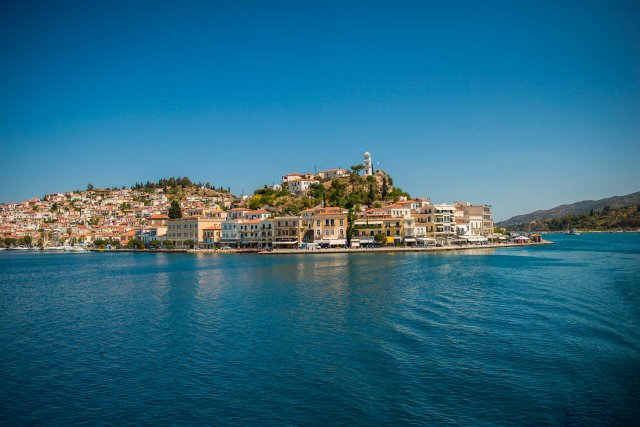 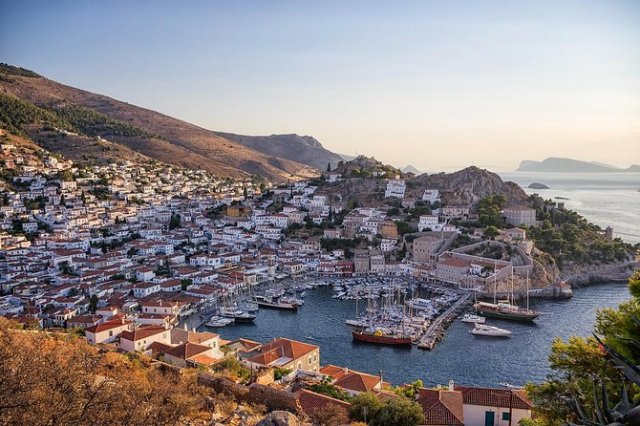